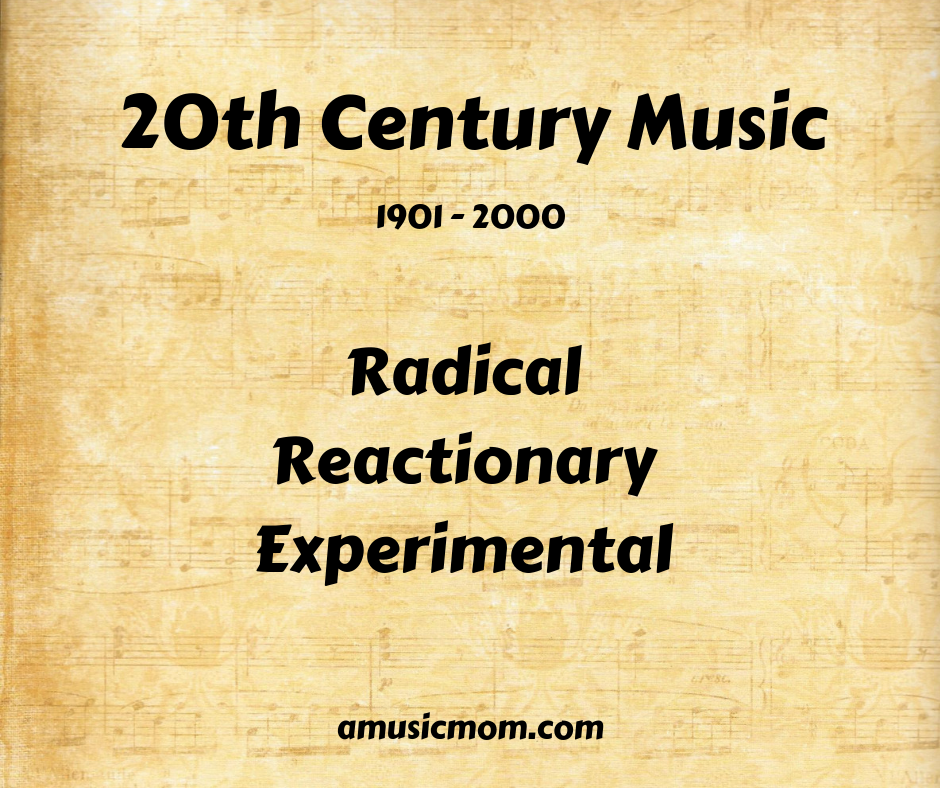 Many ideas influenced the composers of the 20th century.

How did all this affect the sound of the music?

20th Century music can be divided into several categories:

Impressionism – This was a reaction against the excesses of the Romantic Era. One of the leading composers of the Impressionistic music was Claude Debussy.  Listen Here

Futurism – Futurism was a movement that included all sorts of sound into its music. These sounds were not expected in music. Filippo Tommasso Marinetti was a leader in this movement.  “Music” of Marinetti

Modernism – Modernism wanted to keep all the technique and difficulty of the Romantic Era, but not the normal structures of Romantic music. Arnold Schoenberg was one of the key players in the modernist movement.  Listen Here

Post-modernism – The main idea here changed the definition of music. All sounds were included in the idea of music. Any sound is music. The main composer of post-modern music is John Cage.  Listen Here

Minimalism – Minimalism was all about the process of music. Composers took small fragments of music, layer them, and repeat them.  The composer to remember from Minimalism is Philip Glass.   Listen Here

Electroacoustic – This music used advances in technology to make music. Composers would sometimes make a recording of some music and use it in their compositions. One of the early composers of electroacoustic music was Helim El-Dabh.   Listen Here

Not all composers of the 20th Century were extreme in their writing, but the difference in the music is there. Here are some other composers you should know:

Obviously, this is not a complete list! Listen to the music. What do you think? Leave a comment and let me know!