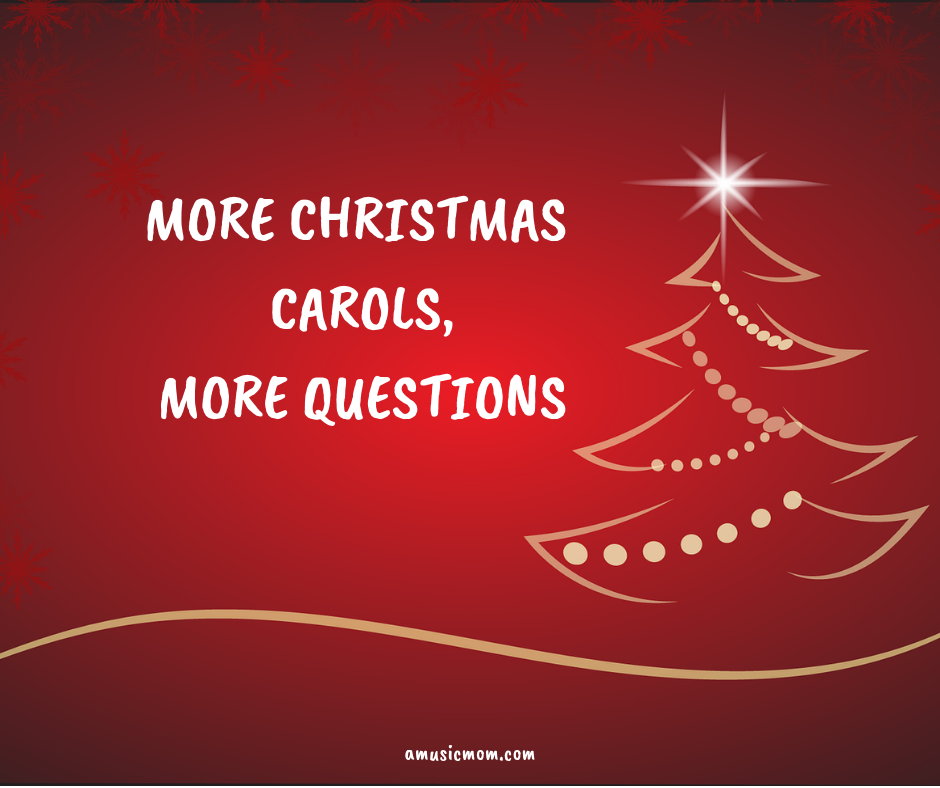 Let’s take a look at some more Christmas carols. These are all familiar carols, and quite old. But how old? And some contain some odd references. What do ships have to do with Christmas? And what, really, is “figgy pudding?” Read on!

Have you ever been to a Sunday School Christmas program? Some are well-done, some are cute, and sometimes there is one that no one wants to remember! How about a college Christmas performance? Hopefully it is a better performance than the one local church grade school kids presented. In either case, I don’t think much original material is used. And even if there was an original song presented, I doubt it would become a sensation, be used for over 150 years, and be known around the world. That is the story of this Christmas carol.

John Henry Hopkins, Jr. wrote “We Three Kings” for a Christmas pageant in 1857, probably in New York City. This was really the first Christmas carol written in America that gained such widespread popularity.  (It was written before “O Little Town of Bethlehem” and “Away in a Manger.”) Another unusual fact about this carol is that Hopkins wrote both the words and the music for the song.

“We Three Kings” is based on the account in Matthew 2:1-12 about the wise men following the star and coming to see Jesus. The biblical account does not say how many wise men there were, but because it lists three gifts,people have assumed there were three wise men. The first verse of the carol introduces us to the fact of the wise men, their journey, and the star they were following. Each of the next three verses focuses on the three gifts: gold, frankincense,and myrrh. Each of the gifts signifies some aspect of Christ’s life and purpose on earth: Jesus as king, Jesus as God, and Jesus as the sacrifice for sin. The final verse uses the resurrection to summarize each of the previous verses, “Glorious now behold Him arise,
KING, and GOD, and SACRIFICE.”

Surely you have heard this Christmas carol. It is a lively, upbeat, joyous song. But what on earth does it mean? “I saw three ships come sailing in … on Christmas Day in the morning.” Ships? Sailing in to where?What do ships have to do with Christmas? Guess what – No one knows! It certainly does not refer to actual ships coming to Bethlehem – Bethlehem is landlocked. No seas there! People have debated these questions for years. They came up with several theories. Here are a few:

The two most popular theories seem to be the ones referring to the “ships of the desert” and the relics of the Magi.

Whatever the interpretation, this song is a very old carol,probably dating back to the Middle Ages. Most likely this song was sung by wandering minstrels as they traveled through the English countryside. The lyrics were associated with the Cornwall and Glastonbury areas of England. This is in the far southwest area of England – associated with Celts and legends of King Arthur. The legends of Cornwall tell tales of Jesus Christ coming to Cornwall, of his love for the metal workers there. The legends also talk of Joseph of Arimathea being in the tin trade and making several voyages there to Cornwall.

First, let’s clear up a couple terms. “Hark” means to listen, to hear. “Herald Angels” are angels making an announcement or proclamation.Think Medieval Times, castles, herald trumpets announcing the arrival of someone important. Originally the first line contained another word – “welkin.” That word meant the realm of heavenly creatures. We can be thankful that word was changed.

This is another old Christmas carol, written in the first half of the 1700’s. Charles Wesley, an English Methodist leader wrote the words to this song. Over his lifetime he wrote over 6,000 hymns, all with the purpose of teaching poor and illiterate people sound Biblical doctrine. And, like his other hymns, “Hark the Herald Angels Sing” contains much doctrine. You could call it “theology in song.”

The song begins with the announcement of the angels to the shepherds concerning the birth of Christ. (Luke 2) It proclaims the reason for Christ’s coming to earth – reconciliation. The second verse refers to the deity of Christ – the everlasting Lord, incarnate Deity, our Emmanuel. The third verse continues to explain the purpose of Christ’s coming – to give life, light,healing, redemption, the second birth. Charles Wesley certainly did a thorough  job of telling the reason for Christmas!

Wesley wished for a somber and serious melody to accompany the words to his song. But the melody we associate with Wesley’s words is far from that! About 100 years after Wesley wrote the words, Felix Mendelssohn composed a cantata celebrating the 400th anniversary of the invention of the movable type printing press (Gutenberg). William Cummings, an English musician and singer, took a chorus from Mendelssohn’s cantata and paired it with Charles Wesley’s words, giving us “Hark the Herald Angels Sing” as we know it today. The pairing of Wesley’s words with Mendelssohn’s words made this a festive and popular carol.

We Wish You a Merry Christmas

Let’s start with another question – what is a figgy pudding?Is it anything you would want to eat today? Evidently, figgy pudding = plum pudding = Christmas pudding = staple of very British Christmas meal. And while they originally may have contained figs, most Christmas puddings do not. Nor do they contain plums. “Plum” was a Victorian-era word that referred to dried fruits in general, and especially raisins. And “pudding” was not a custard-type dessert. It refers to any dessert. Christmas pudding is a heavy, dense, steamed cake full of dried fruits, brandy, spices, citrus peels. A genuine Christmas pudding must age for weeks, so it is usually made about five weeks before Christmas, steamed for hours, left to age, steamed again, doused in brandy, and set on fire.

Now, back to the song. No one knows who wrote the song or the music, but it seems to date back to England during the Middle Ages. The song refers to carolers going from house to house, singing and requesting treats from each house. Some referred to these carolers as “waits” because they would sing and then “wait” around for some reward for their efforts.

Another question about this carol concerns the greeting “a happy new year.” I did a bit of research into when January first became the first day of the year. And there is even debate about that – it depends on where you were at the time. In 45 B.C. Julius Caesar redid the calendar and made January 1 the beginning of the New Year. But that fell out of practice during the Middle Ages.

Did you miss our discussions of other Christmas carols? Read them here: