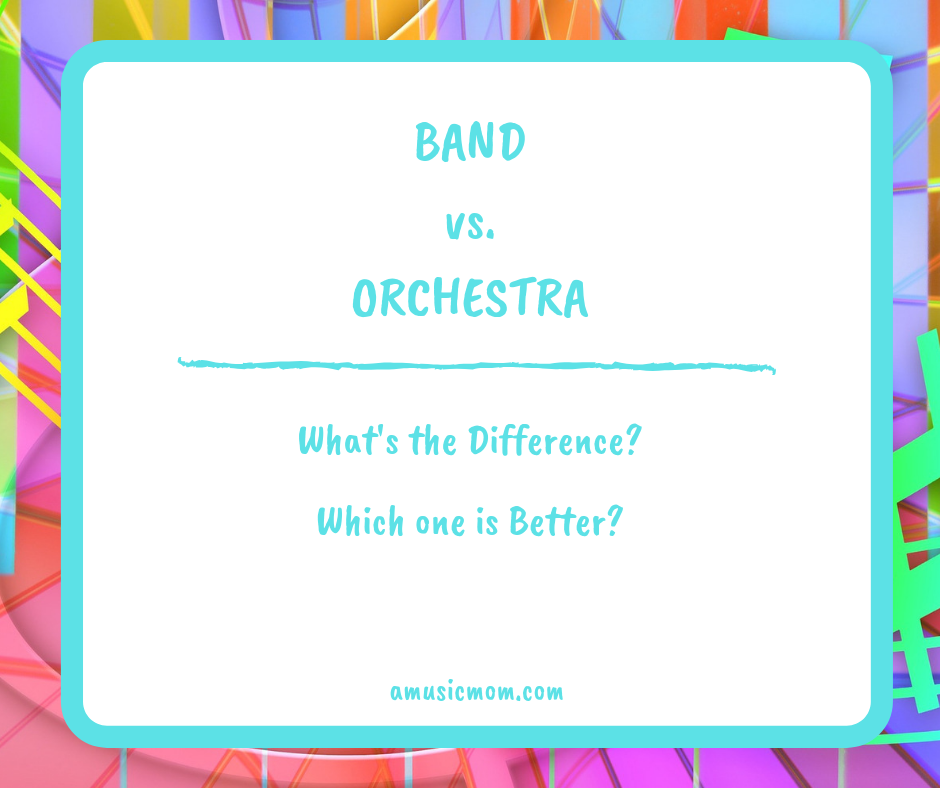 Guess what? There is no right answer! There are great orchestras. There are great bands. But because they are different, you can’t really say one is “better” than the other. Just different.

So how are they different?

Do you know the difference between a band and an orchestra? If not, read on. To be as simple as possible, an orchestra has string instruments. A band does not.

A marching band is a band that plays while marching. This could be at the halftime show of a football game or at a parade.  I recently watched the Rose Bowl Parade, and many of the marching bands there had between 150-200 members!

Jazz bands are another member of the band family. Instrumentation for jazz bands varies a lot – depending on the venue, the music, the style. Most have much smaller ensembles than the other bands mentioned, but usually include percussion, a couple different saxophones, possibly a clarinet or a trumpet, a bass, and trombone.

And which one came first?

Good question. And no easy answer! It depends on your definition of band and orchestra. Flutes are the earliest instruments archaeologists have discovered, dating back many thousands of years. Trumpet-like instruments have been around since at least 1500 B.C. (Score for band.) And the Bible speaks of King David being skilled with a harp. He lived around 1000 B.C. (Score for orchestra.) Also, if you believe the Bible, Genesis 4:21 speaks of a man named Jubal who was the “father of all such that handle to harp and organ.” (Score for both.)

In Medieval and early Renaissance times, an orchestra referred to any group of musicians playing together. “Modern” string orchestras started to form in the mid-1500’s. These had instruments similar to our current violins, violas, cellos, and basses. In the early 1600’s composers began to specify which instruments they wanted to play which parts. By the mid-1600’s orchestras used strings with some wind or percussion instruments.

6 thoughts on “Band vs. Orchestra”